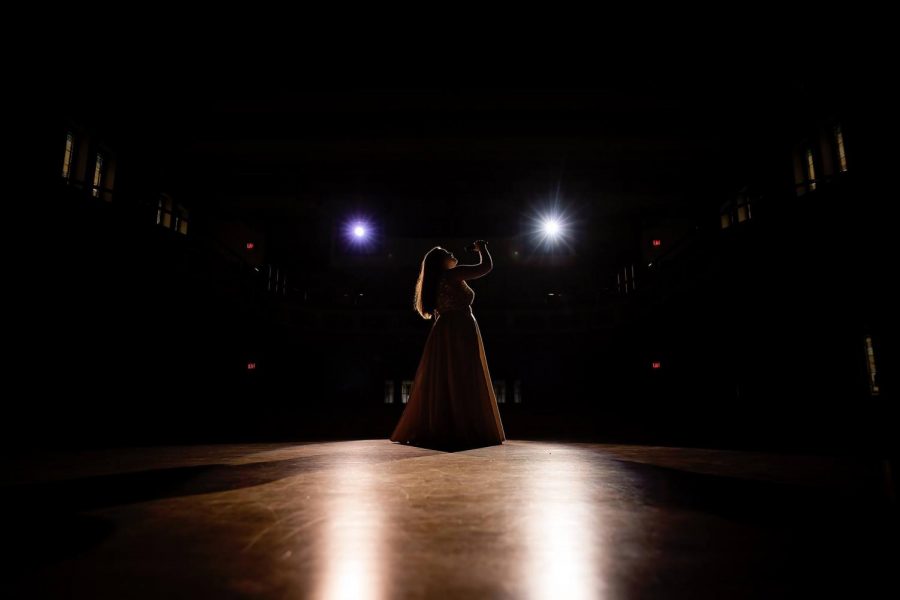 The showcase consisted of fifteen songs, some of those being: Defying Gravity, On my Own, Part of Your World, and Rewrite The Stars. Hope was joined for a few of the songs by Vince Howard (her dad), Theo Meyer, Malachi Draper, and Cotter freshman, Nadia Hocum.

When deciding what songs to sing she made a list of songs that she had already done in the past, or songs that she would like to perform. Then she narrowed it down to songs she thought she’d be able to perform best.

Hope decided to do a senior showcase for many reasons. the main reason being that she didn’t get a chance to try out for the spring play, so if she didn’t do this the fall musical would be her last high school performance. If you know one thing about Hope, it’s that she loves performing and Broadway songs, so this is perfect for her.

To prepare for this she asked some of her friends to to duets with her, made posters, the script, and recruited some others to help ,make sure the show runs smoothly. A couple people who helped her the most were her parents and Mr. Roeckers.

“We only have one rehearsal, so I want to make sure everything runs smoothly, without any awkward pauses,” and “There is fifteen songs, and that is a lot to memorize, so making sure all of the songs were prepared in time was the biggest difficulty. Also getting the word out was pretty hard, because Broadway showtunes aren’t a huge thing in Winona,” Hope said when being asked what the biggest challenges were.

The week of the showcase Hope was feeling a bit under the weather, so that made her feel uneasy about how it was going to play out, but she made sure to drink lots of water and do whatever she had to, to make sure she had a great performance.

Hope says, “People should be excited to see some good talent. The duets will be performed for the first time ever in front of an audience, and I’m excited to see how people will react.”