How many languages can you speak? 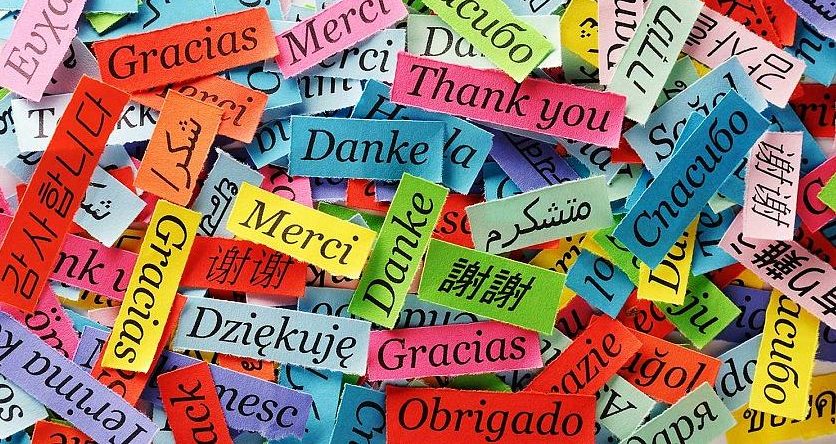 there are many ways to say "thank you", how many do you know?

They can open many doors in your life. Employers all around the world are showing increased interest in these skills, candidates for a job interview often need a certain level of fluency in a foreign language. Bilingual people are making connections, they are becoming more confident and they are often making a lot of money.

So how is it possible that there are only two language classes offered a high school student?

German and Spanish are the most popular foreign languages in the US, but we should not forget about other options… French, Greek, Italian, Japanese, Chinese, Latin, etc.  There are not many levels of languages offered in high school, only a beginner level and occasionally advanced. This is because most of the students in the US take foreign language classes because they are required to take it for at least 2 years to graduate, but then they stop.

” I don’t actually care about Spanish, I speak English and that’s enough for me,” said a sophomore girl.

An average high school student in Europe can speak 3 or more languages by the age of 6, while the most of Americans speak only one or two.

Why such a big difference? English is the common corporate language, but the others are important as well. Languages all over the world are vanishing every day. We have to do something about it and we have to start right now. Getting a basic fluency in a foreign language usually takes about 500 hours. It has been proven that the brain systems in charge of language learning have accelerated growth from six years old until puberty. However, students in the Cotter’s system don’t start learning a second language until 7th grade. They are more involved in other subjects and languages become less necessary. Due to a lack of students registering for these classes, the teachers have had to close their classes several times.

“We had Mandarin for some time, but there were not many students who wanted to take this language so we did not continue offering it,” Mr. Forney said.

“We can’t have classes smaller than 12 students so we were not able to open German III,”  language teacher Mrs. Schorn-Hoffert said.

Teachers would like to offer more languages in the future and hopefully, they will be able to do it, as adding a language will be a lifelong advantage for Cotter students.